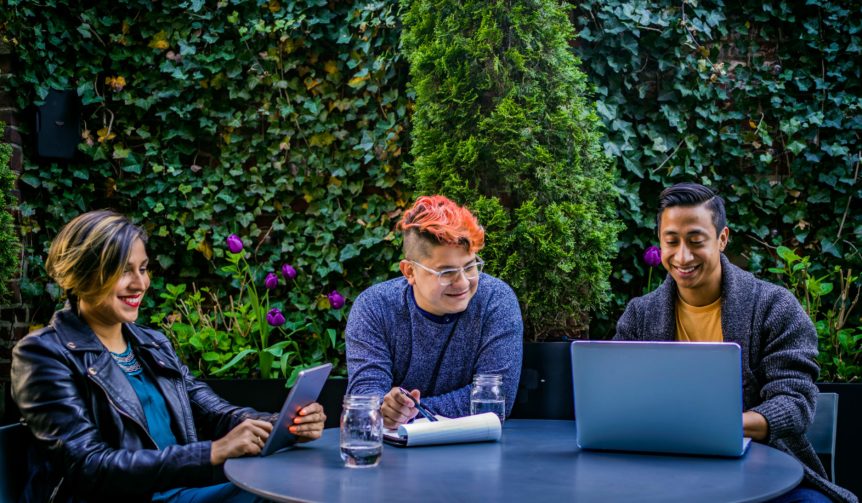 It doesn’t seem like such a long time ago that corporations wanted to have their own in-house departments for everything. Whether it was through a fear of the unknown (i.e. outsourcing) or a desire to flag wave and list copious numbers of employees and departments.  ‘Bigger is better’ seemed to be an overused mantra, heard in many a stuffy boardroom.

In speaking to our clients – and in the limited amount of business networking we ourselves manage to undertake – we’re seeing an enormous step-change in attitude. Even those with the headcount and bank balance to expand are proving to be a little less keen to do so, turning down opportunities to acquire which they would have jumped at in the nineties – or even the noughties.

OK, we hear you say, perhaps Brexit is the biggest reason and the financial uncertainty for businesses is causing this new and heightened degree of caution which we’ve never experienced before?  We think, whilst Brexit might be a factor, it is far from the sole reason.  What we seem to be hearing and seeing is a change in approach (amongst SME’s at least) – dare we even say a change in culture…

Acquisition seems to be the old way, collaboration is the bright young thing.  Rather than look to expand their own offering companies are now more likely to look at others around them and identify mutually-beneficial synergies.  What may be even more surprising is the fact that these potential partnerships are being sought, not only amongst businesses where there is a common goal, but with competitors!

Again – at the risk of sounding very, very old – we remember a time when competitive advantage was a prized possession.  Hidden behind closed doors it was something used to quash the advances of competitors when meeting with new potential clients but guarded when there was any risk of it being discovered by those who operated in the same field.  Much was made of the gaining of competitor knowledge and we are sure (well actually I know, because I was asked to do this in my first graduate posting) that many a young trainee was given the ‘project’ of gathering as much information about the competitions products, services and operations as they could without being discovered.

Collaboration is now most definitely ‘where it’s all at’ and businesses of all shapes and sizes are looking at who they could partner with, leveraging their wider offering. There are two separate opportunities which we have been able to identify.  The first is where two or more companies selling entirely different products / services to the same target market get together, their joint offering being one which is more attractive to have from one point of contact rather than multiple ones.  The second scenario is where companies who compete for the same clients, offering the same service, decide that they can share the prize and together pursue and handle much bigger contracts.  The truth of the matter seems to be that both arrangements seem to work well, at least in most of the cases we’ve witnessed.

Collaboration offers strategic advantage, it promotes agile and responsive working practices and benefits those businesses who perhaps might be limited on their own, allowing them to thrive through shared resources – both the physical ones and the less obvious ones such as innovation, strategy and product development.

At RDZ we welcome this new way of thinking.  The idea that it is better to be the centre of the network than be ‘top of the pile’ is one which resonates with us; there’s something much softer and kinder about it, which fits with the fact that we should all be focussing more on well-being, both in and out of the workplace.  We are certainly not the only ones who have commented on the collaboration trend however, and we chuckled to ourselves when we heard it being discussed on a BBC Business News report recently.  There’s apparently even a newly-coined phrase for co-operation between competitors – Co-opertition!!